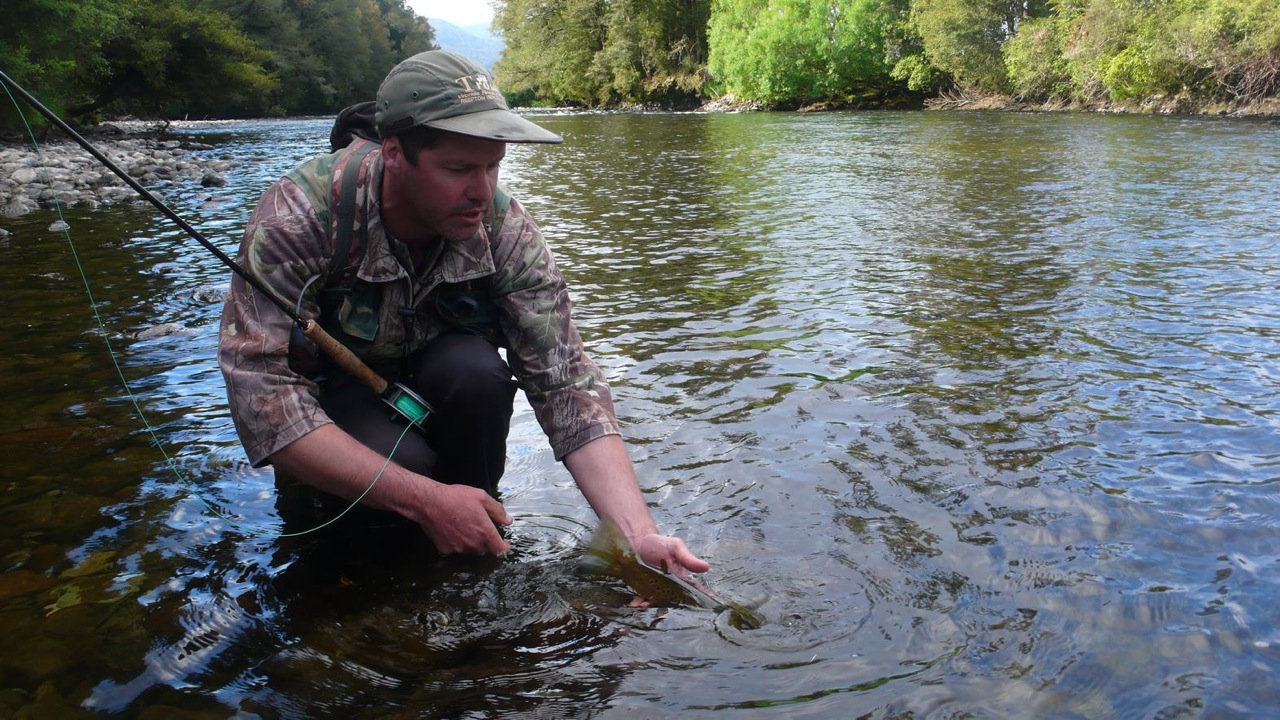 Johnny Groome and the Arnold. The saving of “One of the best trout rivers in the world you’ve probably never heard about.”

Episode 3 of the Trout Diaries podcasts features a happy-ending post script to the story of Johnny Groome and Arnold River (featured in the book and as ONE MAN’S RIVER ONE MAN’S WAR on Midcurrent.com.)

An inspirational tale of what happens when we follow our passion and stand up for what we love and believe in.

Let us know what you think (use Comments below.) This is our first fully audio-engineered  show. 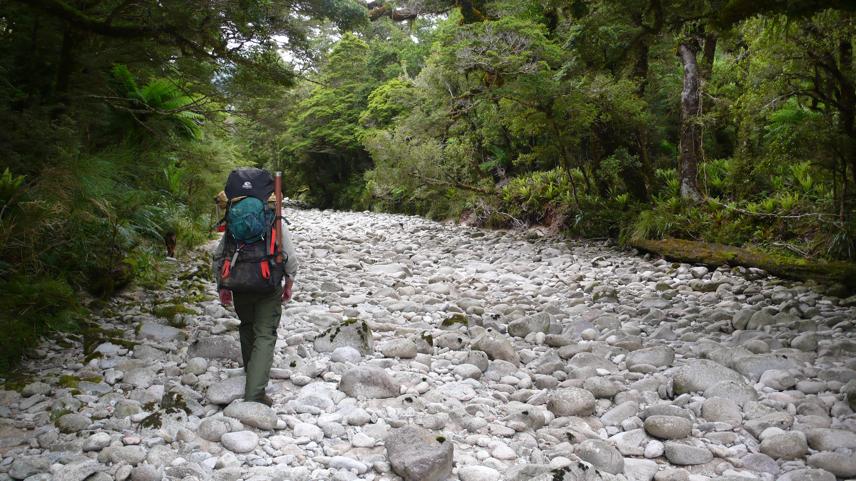 Episode 2 of The Trout Diaries podcast is up on iTunes, an interview with Derek by Brian Bennet of Moldy Chum and Teeg Stouffer of Recycled Fish, recorded by by MauroMedia. Coming up in Episode 3 a chat with Johnny Groome and the saving of his beloved Arnold River. Stay tuned to the Trout Diaries podcast, brining you the best of fly fishing in New Zealand. 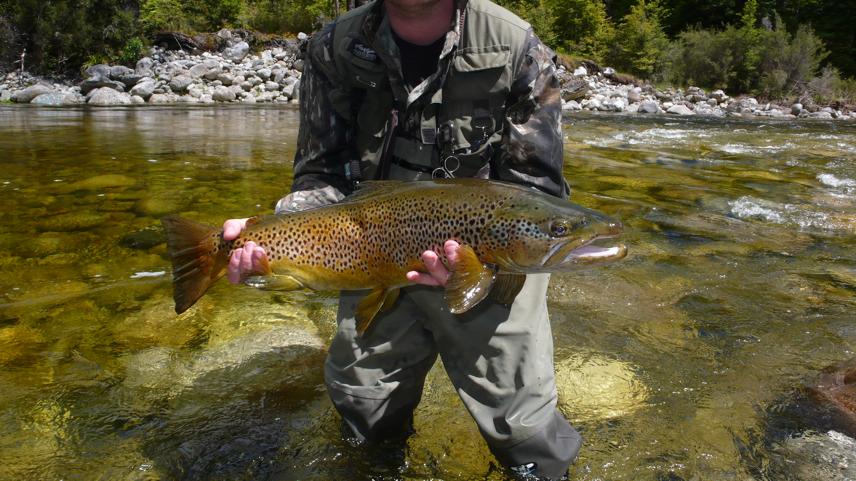 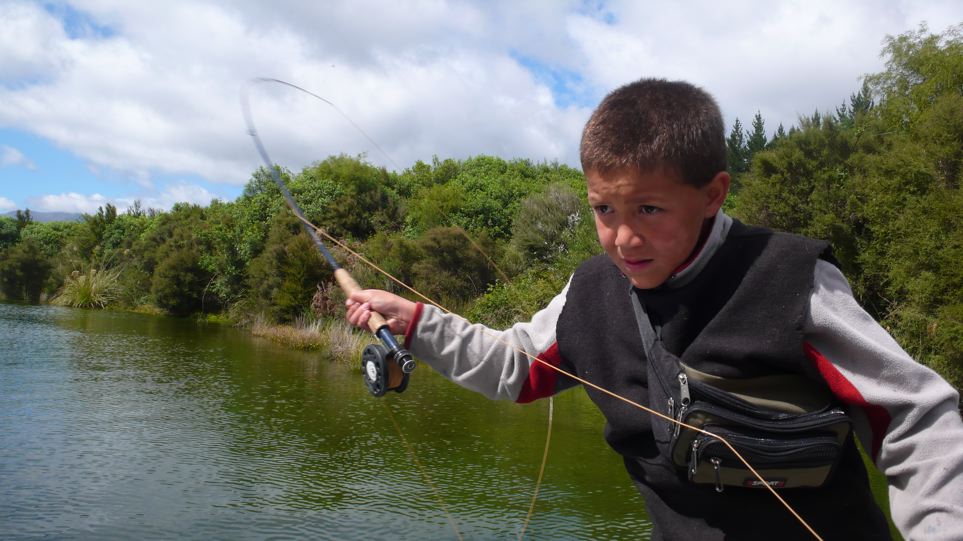 GONE NATIVE AT THE BIG O

“YOUS FELLAS FISHIN?” a Maori guy asked on the shore of lake Otamangakau. I said we were having a look.

“Plenty a fish here, bro, big bastards too, but bloody hard to catch, ay.” He was lean and hard, dressed in a bush shirt and hunting shorts, and his legs and arms were scratched with bush lawyer and blackberries, the barbed wire of the backcountry. Behind him was a camp that looked like a mobile butcher’s workshop. Game carcasses wrapped in fine white muslin against blowflies were hung from meat hooks on all available trees. On a log his companion sat pulling an oily swab through the barrel of a large-calibre rifle.

The man’s summary of fishing at the lake – big, challenging trout and plenty of them – was precisely what had attracted us here. Sure enough, we saw the first fish, large shape shadowing against a patch of dark-gold sand, as soon as we descended to the waterline. I was with Marc Petitjean, the Swiss fly tier and angling innovator extraordinaire but even his masterly casts and best-money-can-buy flies made no impression on this or any other fish we saw. The trout were weary, not giving us even one honest opportunity.

Marc made a face of mock dejection. “This is not a place for casual drive-by fishing,” he said. “The trout here need to be studied and understood before anything of consequence happens.” I had to laugh. This was exactly what I had planned for the next few days. For now, we were just filling a couple of hours waiting for Marc’s afternoon flight to Christchurch where he was to give one last NZ fly tying demo. Before we left I went back to ask the fellas if there was anywhere nearby I could camp.

And so it began, my affair with the big O, its trout and the whanau that camps along its shores.

With just enough foresight, I had borrowed a three-metre inflatable tender for the Otamangakau because the lake is an old swamp filled by the hydro scheme, and the shoreline fishing is limited to a few small and unconnected beaches. The rest of its margins are boggy and full of holes oozing muck and oily blackwater, quickly discouraging any exploration on foot. By the time I returned, set up camp and pumped up the boat it was already dark. One of the bros materialised, beer in hand, and unceremoniously put another one for me on the bumper of my truck.

“Come and have a feed with us,” he said. When I joined them both by their great incinerator fire he picked up an enamel plate from a sheet of corrugated iron which served as a dish-drying rack and heaped it with venison steaks and token stalks of boiled broccoli. Then he took a dinged-up mug, half filled it with Jim Beam and handed them both to me. We ate in contented silence, the lake behind us so still, even the stars reflecting in it did not shimmer. These two, I thought to myself, were my kind of people. My tribe.  END_OF_DOCUMENT_TOKEN_TO_BE_REPLACED